Call our office today to schedule your appointment!

Scientists have discovered the tool that bacteria normally found in our mouths use to invade heart tissue, causing a dangerous and sometimes lethal infection of the heart known as endocarditis. The work raises the possibility of creating a screening tool — perhaps a swab of the cheek, or a spit test — to gauge a dental patient’s vulnerability to the condition.

The identification of the protein that allows Streptococcus mutans to gain a foothold in heart tissue is reported in the June issue of Infection and Immunity by microbiologists at the University of Rochester Medical Center.  S. mutans is a bacterium best known for causing cavities. The bacteria reside in dental plaque — an architecturally sophisticated goo composed of an elaborate molecular matrix created by S. mutans that allows the bacteria to inhabit and thrive in our oral cavity. There, they churn out acid that erodes our teeth. 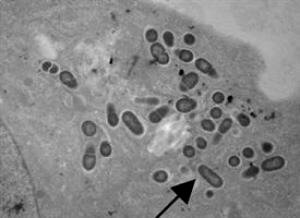 Normally, S. mutans confines its mischief to the mouth, but sometimes, particularly after a dental procedure or even after a vigorous bout of flossing, the bacteria enter the bloodstream. There, the immune system usually destroys them, but occasionally — within just a few seconds — they travel to the heart and colonize its tissue, especially heart valves. The bacteria can cause endocarditis — inflammation of heart valves — which can be deadly. Infection by S. mutans is a leading cause of the condition.

“When I first learned that S. mutans sometimes can live in the heart, I asked myself: Why in the world are these bacteria, which normally live in the mouth, in the heart? I was intrigued. And I began investigating how they get there and survive there,” said Jacqueline Abranches, Ph.D., a microbiologist and the corresponding author of the study.

Abranches and her team at the University’s Center for Oral Biology discovered that a collagen-binding protein known as CNM gives S. mutans its ability to invade heart tissue. In laboratory experiments, scientists found that strains with CNM are able to invade heart cells, and strains without CNM are not.

When the team knocked out the gene for CNM in strains where it’s normally present, the bacteria were unable to invade heart tissue. Without CNM, the bacteria simply couldn’t gain a foothold; their ability to adhere was about one-tenth of what it was with CNM.

The team also studied the response of wax worms to the various strains of S. mutans. They found that strains without CNM were rarely lethal to the worms, while strains with the protein were lethal 90 percent of the time. Then, when Abranches’ team knocked out CNM in those strains, they were no longer lethal — those worms thrived.

Abranches has identified five specific strains of S. mutans that carry the CNM protein, out of more than three dozen strains examined. CNM is not found in the most common type of S. mutans found in people, type C, but is present in rarer types of S. mutans, including types E and F.

“It may be that CNM can serve as a biomarker of the most virulent strains of S. mutans,” said Abranches, a research assistant professor in the Department of Microbiology and Immunology. “When patients with cardiac problems go to the dentist, perhaps those patients will be screened to see if they carry the protein. If they do, the dentist might treat them more aggressively with preventive antibiotics, for example.”

Until more research is done and a screening or preventive tool is in place, Abranches says the usual advice for good oral health still stands for everyone.

“No matter what types of bacteria a person has in his or her mouth, they should do the same things to maintain good oral health. They should brush and floss their teeth regularly — the smaller the number of S. mutans in your mouth, the healthier you’ll be. Use a fluoride rinse before you go to bed at night. And eat a healthy diet, keeping sugar to a minimum,” added Abranches.

Abranches presented the work at a recent conference on the “oral microbiome” hosted by the University’s Center for Oral Biology. The center is part of the Medical Center’s Eastman Institute for Oral Health, a world leader in research and post-doctoral education in general and pediatric dentistry, orthodontics, periodontics, prosthodontics, and oral surgery.

Additional authors of the study include laboratory technician James Miller; former technician Alaina Martinez; Patricia Simpson-Haidaris, Ph.D., associate professor of Medicine; Robert Burne, Ph.D., of the University of Florida; and Abranches’ husband, Jose Lemos, Ph.D., of the Center for Oral Biology, who is also assistant professor in the Department of Microbiology and Immunology. The work was funded by the American Heart Association.